Are all men really “dogs”? Aren’t there still some good men out there? I like to think there are still good men out around. There was a point when I did start to think that “all men are dogs”. This thought for me came to play (like for most women), after being hurt and mistreated in so many relationships. Like most women, having your heart stomped on by so many men will make you start to believe that there are no good one’s out there. Then you get to a point where you put this huge wall up, and won’t allow yourself to trust the next man. The next ma 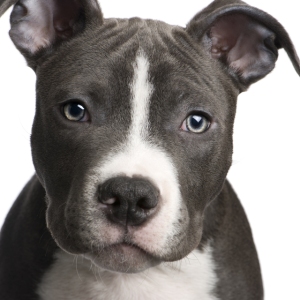 n that comes along start to pay for how all the others treated you. Not fair right? Well this is where I was at one point. Good thing is I started to realize how my thoughts about men and relationships were before the next man come along. I wanted to change my way of thinking so when the next man came, he wouldn’t pay for all the things the others did. I didn’t, (still don’t) want to block my blessing of having a good man in my life.

When I was at that point of thinking “all men are dogs”, I decided to take self inventory. I knew I didn’t want to end up like most of the women I know that think this way about men. I didn’t, (still don’t) want to be in my 40’s and 50’s thinking this. Still being bitter about what the last man did to me. I knew that I wanted (still do) to be married and have a healthy, loving, and happy marriage. I knew that I wanted (still do) to show my children what a healthy relationship is like. So, I started thinking back on all of my past relationships. While doing this, I didn’t date anyone! I wanted to fix some things for myself. I looked at how the relationships ended. The part I played in them (cause it takes two to tango). I started seeing some common similarities in all the guys I dated. Then it hit me. It’s not that all men are dogs; it’s the ones I choose to have a relationship with that are dogs. Something was wrong in my selection. Then I started to look at the standards I had set when I met someone. Realized then that I needed some better standards. Key is; I had to stick to my standards. I also realized I had to learn when to let go. Some of my relationships went on way longer than they should. I didn’t know when to let go of the relationship. This opened the door of being used and walked over because I let it go on longer than it should. I also realized I needed to speak up more for myself. I needed to not be so afraid to express how I truly felt about something. I was too passive at times. This self inventory helped me realize what it is I want out of a relationship, and what I offer in a relationship.

Don’t get me wrong, I have run into a couple “knuckle-heads” since my self-inventory, but better believe I don’t allow them to stick around long. My feelings are spared, and no more sleepless nights. Now I refuse to think that all men are dogs. Sometimes we have to go through some bad ones in order to be prepared and appreciate the good man who is meant for you. I know he is out there. I’m patient.